Deep Ellum was established in 1873 in an area east of downtown Dallas as a residential and commercial neighborhood. The area was originally called Deep Elm, but the pronunciation “Deep Ellum” by early residents led to its current, official name. Because of its proximity to the Houston and Texas Central railroad, the area was also referred to as “Central Track.”

As one of Dallas’ first commercial districts for African-Americans and European immigrants, Deep Ellum is one of the most historically significant neighborhoods in the city. In 1888, Robert S. Munger built his first cotton gin factory, the Continental Gin Company, in a series of brick warehouses along Elm Street and Trunk Avenue. The business grew to become the largest manufacturer of cotton-processing equipment in the United States, and the space has now been converted to loft apartments.

In 1914, Henry Ford selected Deep Ellum as the site for one of his earliest automobile plants. Designed by architect John Graham, the building was constructed as an assembly plant for Ford’s famous Model T. The plant remained at 2700 Canton Street until the mid-1930s. Adam Hats moved into the four-story brick and terra cotta structure in 1959. The landmark was converted to loft apartments in 1997, adding yet another layer of history to the building.

Union Bankers Trust Building, located at 2551 Elm Street, was constructed in 1916 as the Grand Temple of the Knights of Pythias. The building was designed by architect William Sydney Pittman, the state’s first black architect and the son-in-law of Booker T. Washington. In addition to serving as the state headquarters for the Knights, the temple housed some of the city’s earliest offices for black doctors, dentists, and lawyers, and served as the cultural center for the African- American community until the late 1930s. The building was Pittman’s largest work.

Deep Ellum’s main claim to fame has always been its music. By the 1920s, the neighborhood had become a hotbed for early jazz and blues musicians. Over the next several decades, it would host the likes of Blind Lemon Jefferson, Robert Johnson, Huddie “Leadbelly” Ledbetter, Texas Bill Day, Blind Willie Johnson, Lightnin’ Hopkins, Alex Moore and Bessie Smith, among others. From 1920 to 1950, the number of nightclubs, cafes, and domino parlors in Deep Ellum jumped from 12 to 20. Deep Ellum is now home to more than 30 live music venues, making it one of the biggest entertainment districts in the state.

Following World War II, the growing presence of the automobile led to the removal of the Houston and Texas Central railroad tracks to make way for Central Expressway. By 1956, the streetcar line had been removed. Businesses closed, residents moved to the suburbs, and the music all but stopped. In 1969, a new elevation of Central Expressway truncated Deep Ellum, completely obliterating the 2400 block of Elm Street, viewed by many as the center of the neighborhood. By the 1970s, few original businesses remained.

In the 1980s, Deep Ellum’s music scene was reignited, helping to launch local bands like Old 97s, Toadies, Tripping Daisy, the New Bohemians, and countless other bands. In 1990, the music venue Trees opened and became a favorite for seeing local bands, as well as nationally known acts like Nirvana, The Flaming Lips, Radiohead, and Pearl Jam. Club Dada, Deep Ellum Live, and many other music venues also opened in Deep Ellum, attracting musical artists and fans from all over the world.

Today, Deep Ellum continues to have an exploding music scene, with a reborn Trees and Club Dada, in addition to venues like the nearly 100-year-old Sons of Hermann Hall, Adair’s Saloon, The Bomb Factory, The Door, The Prophet Bar, Curtain Club, Reno’s, the intimate AllGood Cafe, the funky trailer-park meets live music scene at DoubleWide and a dynamic jazz and blues destination at The Free Man.

Throughout its history, Deep Ellum has also been a place for visual artists to come and make a name for themselves through a vibrant community of galleries, street murals, public art, or simply public displays of creativity. Deep Ellum’s many music venues and restaurants have commissioned local artists to paint murals on their walls for decades — and this tradition continues today, with dozens of creative, colorful paintings displayed on every street.

In 1992, the recently formed Deep Ellum Community Association invited artists to paint the walls of the Good-Latimer tunnel. The tunnel was repainted frequently, becoming a dynamic and iconic entrance into the neighborhood. Local artist Frank Campagna remembers the effort as “pure creative harmony with a dash of perfect mayhem.” In 2007, the tunnel was demolished to make way for the DART Green Line train — but the art wasn’t gone for long. With community-wide mural projects, the winsome Traveling Man sculptures, and a thriving gallery scene, Deep Ellum continues to be a place where art is created, shared, and sold.

Since 1994, Deep Ellum has hosted The Deep Ellum Arts Festival, which began as a one-block street party. The free community festival now consists of over 100 musical artists performing on five stages, 200 juried visual artists displaying and selling their work, spontaneous street performances, and food and beverages served by over 30 restaurants. 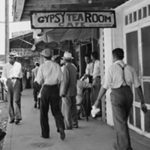 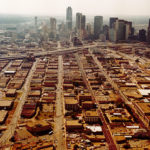 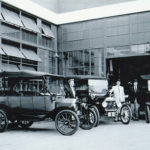 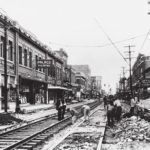 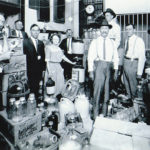 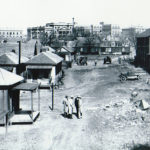 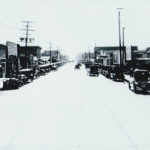 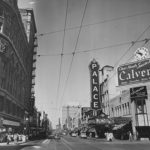 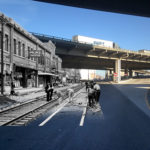 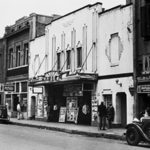 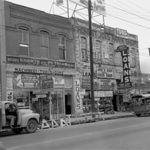 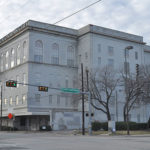 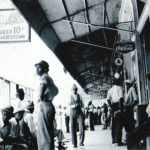 Roosevelt Cafe Sidewalk in the 1930s. 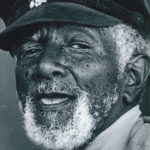