Where You Get Your First Tattoo 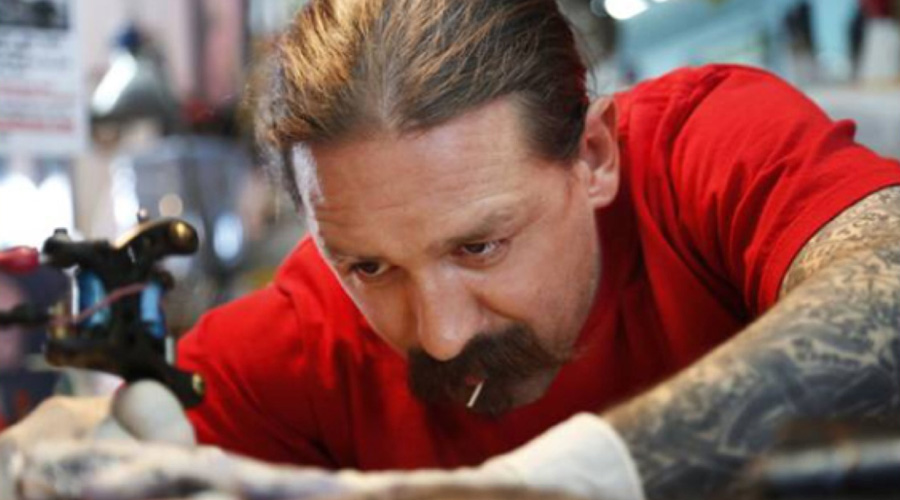 A shot from the Elm Street Tattoo and Music Festival.

Oliver Peck, co-owner of Elm Street Tattoo, is a judge on Spike TV’s Inkmaster, owns a second tattoo shop in Hollywood, and has travelled the globe tattooing — but his favorite place in the world is still Deep Ellum, Texas. Peck opened Elm Street Tattoo here in 1996, choosing the neighborhood because of its thriving music and art scene.

“At the time, Deep Ellum was like an artist community,” Peck remembers. “I was drawn to it because it was different than any other place in the Dallas / Fort Worth area. I lived above Adair’s, and did commissioned murals and paintings.”

Peck learned the art of tattooing while he was still a teenager, first working at a shop on Elm and Pearl Street. He opened Elm Street Tattoo later, after that business closed. Right away, he began looking for ways to attract customers to his shop and create excitement in the community.

“We host lots of neighborhood parties and events — like our Friday the 13th Parties,” Peck says. “Every Friday the 13th, since the tattoo shop first opened, it has held a Friday the 13th event, where customers can receive low-priced tattoos until 12:00 midnight.”

The catch? All tattoos must feature the number 13, believed to bring good luck in tattoo circles. The tradition has certainly been fortunate for Deep Ellum, attracting lines out the door to Elm Street Tattoo — and bringing patrons to other local businesses, as well.

In 2012, Peck launched The Elm Street Tattoo and Music Festival, working in collaboration with Jim Heath, lead singer of The Reverend Horton Heat.

“Jim and I were talking one day about how Deep Ellum needed an annual event — a festival. We both love art and music, so we put this thing together that brings bands and artists from all over the world,” Peck says. The festival attracts thousands of people to Deep Ellum every year.

As a judge on Inkmaster, Peck is known worldwide as a master of the American Traditional style — but he credits his success to hard work, rather than TV fame.

“The TV show definitely does help with business,” he admits, “but before there was Tattoo TV, my business partner and I were here every day, pouring everything we could into our work. It has built our reputation, and it’s why we started here — not to get on TV. We love tattooing and we love this neighborhood.”
To find more tattoo shops, salons, and service-oriented businesses in Deep Ellum, click here.

Want to be in the know about upcoming Deep Ellum events, new business openings, volunteer opportunities, and other neighborhood happenings? Sign up for our Deep Ellum Texas biweekly newsletter!

Check out our most recent newsletter.