Where You See Your Favorite Shows 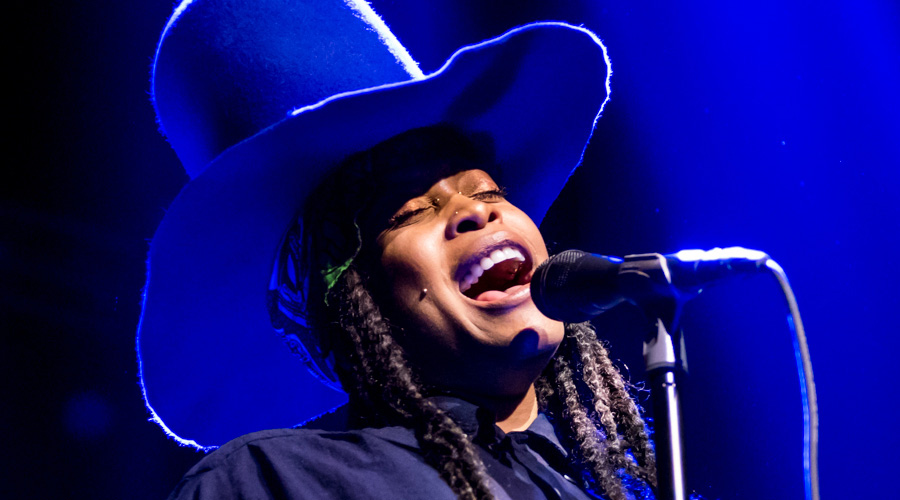 Clint Barlow, owner of Trees and the Bomb Factory with his wife Whitney.

Seeing your favorite artist up close and in person.  Listening to undiscovered bands in unexpected settings.  With over thirty live music venues, Deep Ellum offers an unrivaled live music experience—especially at Trees and The Bomb Factory.  We talked with Clint Barlow, owner of both businesses, to get an idea of what he likes most about the neighborhood.  As a former drummer for Vanilla Ice, the musician, show producer and venue director has performed all across the country — but Deep Ellum has always been one of his favorite places to play.

“I love Deep Ellum, and I have been playing down here for years,” says Barlow.  “I came to Dallas in 1991 just for the music scene. It was crazy! If you were a local band and drew crowds of less than 400, you had to play during the week.”

Over the years, Barlow’s career as a musician and talent booker flourished. He and his wife, Whitney, an experienced bartender, planned to pool their talents by opening a bar in Dallas, but they had not yet decided on the location. One evening after dinner, they were walking through Deep Ellum and stopped by Trees, which had been closed since 2005. The building’s owner happened to be there, and offered them a deal if they purchased the property.  Remembering all the great live shows he had seen at Trees over the years, Barlow didn’t think twice about choosing the building, and the Deep Ellum neighborhood, to open his new business.

“Where else would I do it? Uptown?” he laughs.

Barlow wanted to preserve the characteristics that locals loved most about Trees: the intimacy of the venue, the building’s unique design, and most importantly, the music. The famous venue had hosted bands like Nirvana, Radiohead and The Flaming Lips in the 90s, in a setting that let fans get much closer to performers than they might in a large arena. Barlow kept the club’s name as well as its signature stage, featuring support beams designed to look like tree trunks.

“The bones are exactly the same as you remember it; it’s just been cleaned up a bit,” he says, with characteristic understatement.  In truth, the renovations were extensive, from repairing roof and water damage, to adding clean and attractive restrooms, to upgrading the sound with a new PA system.  Today, Trees is once again a center for live music, attracting acts like Lita Ford, Body Count with Ice-T, Candlebox, Macklemore and Cypress Hill.  The musicians seem to be as enthusiastic about the new Trees as the fans.

“99% of all the bands that come through have a special place in their heart for Trees and want to return,” Barlow says.

Following Trees’ successful reopening, the Barlows were on a roll. Just a few years later, they re-opened another legendary Deep Ellum music venue, the former Deep Ellum Live, giving it a new life and a new name as The Bomb Factory. Dating back to the 1900s, the building originally served as a manufacturing plant for Ford automobiles, and was later used to produce ammunitions for armed forces, which inspired the club’s name. Ninety years later, it became the heart of Deep Ellum’s live music scene, hosting bands like PHISH, Radiohead, Dave Matthews Band, Sonic Youth, The Ramones, INXS, Nine Inch Nails, and Fugazi.  Many former fans remember the Deep Ellum Live days with nostalgia, and it’s hard to believe the venue had been closed for 20 years before the Barlows began their multi-million dollar renovation.

“There were a lot of fun times back in the early 90’s and things will never be the same,” Barlow says.  “Now, that doesn’t mean that it can’t reinvent itself and become something even better.”

Today, great music and a stellar location are about the only things the venue shares with its original incarnation — but that may be a good thing.  After all, back in the nineties, the 48,000-square-foot structure had no air conditioning, obstructed views, and bare-bones restroom facilities. Now, it has a state-of-the art PA and lighting system, a raised roof with unobstructed views, beautiful (and enormous) restroom facilities, five bars, eight VIP suites, and bottle service.  High-end finishes and updated décor give the space an upscale vibe that some have described as a more “grown-up” version of Deep Ellum.  Premium amenities for artists abound as well, including separate star and support dressing rooms, crew shower rooms, on-site laundry and workout facilities, and a private bar.  With green rooms designed by musicians, for musicians, the new venue brings amazing artists to Dallas, including Lauryn Hill, Steve Vai, Robert Plant, Ludacris, and Kraftwerk. One of the city’s brightest stars was featured on its sold-out opening night, drawing lines that stretched around the block.

“Booking Erykah Badu as our opener was awesome,” remembers Barlow.“Not only is she the Queen of Soul; she’s a Dallas girl! C’mon! That’s a no brainer!”

Trees and the Bomb Factory are big players in Deep Ellum’s musical landscape — but they’re not the only place in the area to catch a great live show.